The province’s health minister says she is waiting to read the results of a Toronto-area hospital network’s investigation into alleged “abusive” conditions raised by a group of doctors in an anonymous letter obtained by CTV News.

And Christine Elliott told reporters Monday there may be other mechanisms she can employ if she’s not happy with the job Trillium Health Partners has done getting to the bottom of the situation — but stopped short of committing to appointing a hospital supervisor.

“As you know, all of the hospitals are independent corporations and they make their own decisions,” Elliott said.

“We know they take this very seriously and they are working through this problem. Nobody wants a work situation that’s not healthy, physically and mentally. We are working with them but that is up to the individual hospital to take action and we know that they are,” she said.

“We are awaiting the results of the initial investigation. If we’re not satisfied with that there are additional steps we can take and we’ll be reviewing that with them,” Elliott said.

Elliott was responding to questions from CTV News Toronto about a letter penned by a lawyer in December on behalf of doctors at Mississauga’s Trillium Health Partners, complaining they are “targets of the abusive and unprofessional behaviour of the hospital administration.”

“Whatever’s gone on here has badly affected patient care, and they are unable to change it positively. It’s a scream of desperation when we do something like this,” Dr. Gandhi said.

Dr. Gandhi, who is not personally connected to the situation at Trillium, said in previous cases he was familiar with, the first instincts of government are usually to try and let the hospitals deal with it. He said he believes the correct path forward is to assume an oversight role quickly.

Trillium Hospital Partners told CTV News Toronto in a new statement Monday that it received the anonymous letter on Jan. 5, 2022 from Ontario Health, a government agency that coordinates the health-care system.

“The letter had been sent by a lawyer to the Ministry of Health, who in turn sent it to [Ontario Health] who requested THP respond to the concerns raised. THP’s General Counsel undertook a fulsome review and her complete report was provided to [Ontario Health] on Feb. 1, 2022 to assist in their determination if any further actions were warranted,” the statement said. 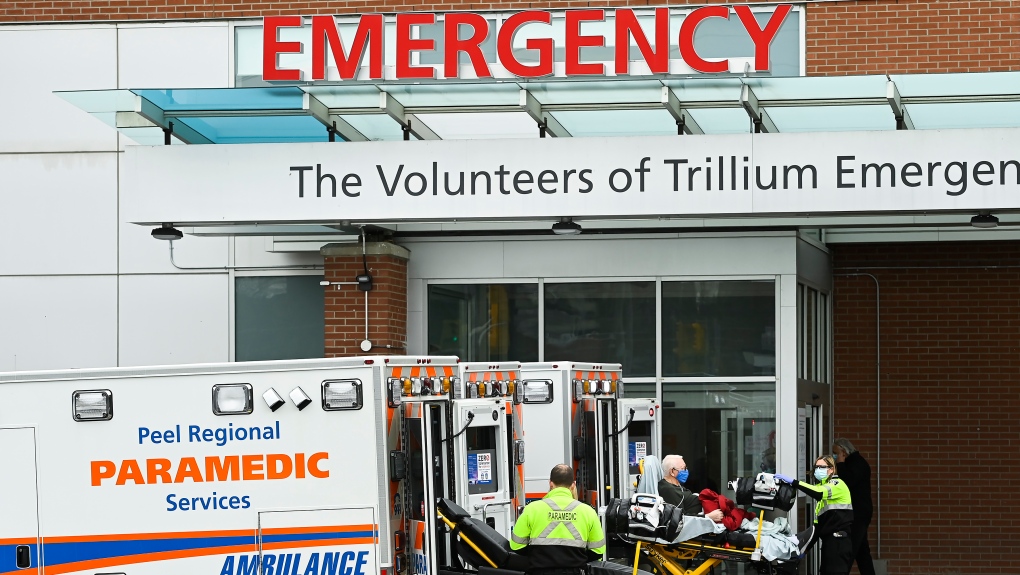 Paramedics transport an elderly man to the hospitals emergency department during the COVID-19 pandemic in Mississauga, Ont., on Thursday, November 19, 2020. Ontario has entered the second wave of coronavirus infections. THE CANADIAN PRESS/Nathan Denette

One of the lawyers who penned the letter, Brooke Shekter, said she was doubtful that a hospital network investigating itself would get to the bottom of the issue, in part because she said it could not have interviewed the doctors without knowing who they are.

Shekter said Monday she still hopes the provincial government decides to use its power to appoint a hospital supervisor, which could carry out an independent probe and provide protection for the doctors.

Mississauga’s Mayor Bonnie Crombie told CTV News Toronto in a statement that she is paying attention to the issue.

“While I can’t comment on specific internal issues at THP, what I can say is that I take any allegations of this nature seriously and I know THP does as well. I want to thank all our doctors and health care workers at THP for the incredible work they’ve done over the course of the pandemic taking care of patients and getting vaccines in arms,” she said.